TASTE CHILEAN NATURAL WINES THIS SATURDAY MARCH 2, FROM 2:00-4:00 P.M.
Most Chilean wines sold in the U.S. are bargain-priced, mass-market productions that are at best, inoffensive.  Seattle-based Francisca Bravo (a Chilena) and her husband Liam are by day, a landscape designer and ecologist whose projects take them around the world.  Working in South America they began discovering Chile’s artisan and natural winemakers, family farmers who put their soul into a few thousand bottles of wine per year.   They recently formed Ambrosia Chilena and now import these amazing wines to sell in the Seattle market. 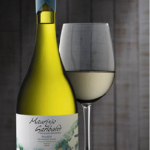 Tasting through some of their wines recently was revelatory, and we started by bringing three of their wines on board.  These wines need to be discovered!   Come in this Saturday and try:
Maurizio Garibaldi Mako Sauvignon Blanc 2015 ($15.99)
Puente Austral Reserva Privada 2014 Carmenere ($ 9.99)
Andes Plateau Cote 500 2015 Cabernet Sauvignon ($16.99)
And one or two additional wines. 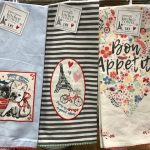 Springtime in Paris – Who doesn’t like springtime in Paris?  The Eiffel Tower, tulips blooming, French bulldogs playing in the park.  What a dream!   If you can’t get away to Paris soon, brighten up your kitchen with a new apron or dish towel for a cheerful addition.   They also make great Mother’s Day gifts for Francophiles! 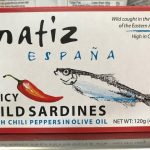 NEW- Matiz spicy sardines:  Wild-caught sardines from the Eastern Atlantic are hand-packed in Galicia in Northern Spain. Prepared  with spicy chili peppers and olive oil, they are plump and tender with a rich spicy flavor. 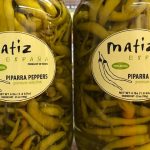 Matiz Piparra Peppers food service size – 4 lb jar (1.8 kilo).  Throwing a Basque-themed party or just love Piparras?  Pick up a jumbo size jar and save money!  Piparras, also called Guindilla Peppers, are a traditional Basque pepper with a mildly spicy, sweet flavor and crunchy texture.  They are famously used to make “Gildas” – a fresh, salty and seafood pintxo made by piercing a pitted green Spanish olive, a boquerone (white anchovy) and a piparra pepper on a wooden skewer.  You may also add cocktail onions and cornichons to the skewer for extra flavor.   Piparras can be served on their own with smoked fish or with Basque-style bean stews.  In the Basque country, a bowl of these peppers is commonly set out for guests to chop and sprinkle the peppers onto their dish to taste.

Bodegas Riojanas returns!    A perennial favorite among traditional-style Rioja producers, Bodegas Riojanas is coming back to the Seattle market.   We’ll be kicking off their reentry by having a wine tasting on Saturday, March 16, from 2:00 – 4:00 P.M.  Join Spanish wine importer Basi Rodríguez Grueso at Paris Madrid Grocery to taste a selection of these value-priced Riojas on March 16.